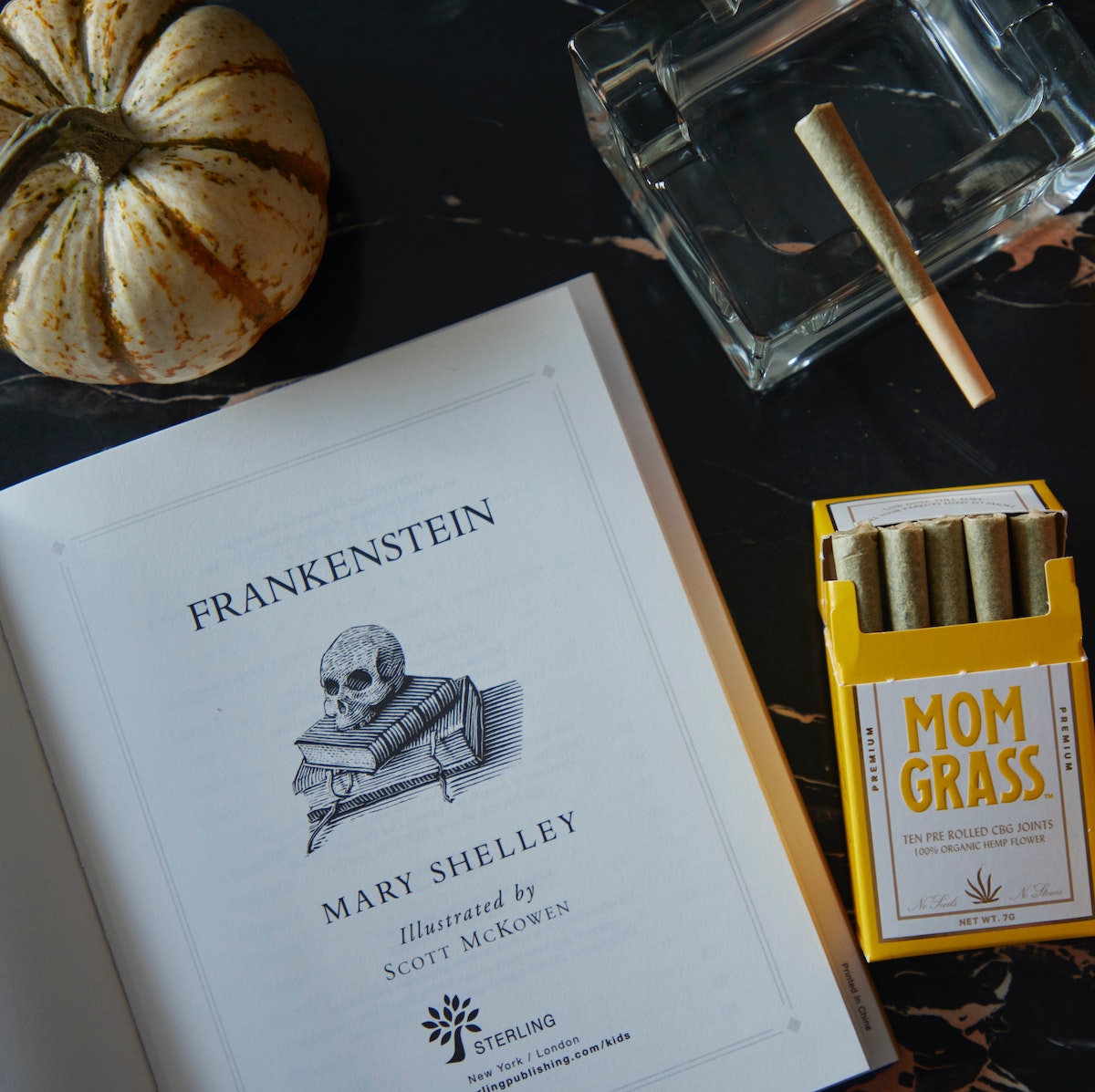 6 Halloween strain picks based on your favorite horror movie villains

Horror movies are nothing without a token villain that inflicts endless terror upon an unsuspecting community. But are these evil beings simply misunderstood? Has anyone ever passed them a joint?

Let's explore some spooky strains to help curb the murderous urges of a few of Hollywood's most infamous villains, and what you should smoke this weekend based on your horror movie faves.

When compared to other monsters of the silver screen - classic and modern, Frankenstein is arguably the only one truly looking for a friend as opposed to eating one. It's hard to blame Frankenstein for his shortcomings, as his creator assembled him from tin cans, duct tape, and whatever was in the garage before abandoning him. Combining the mind of a newborn child with a body built from steel and chemicals can create a fussy 88-foot-tall baby. Less of an infant crying fussiness, and more like that of a prisoner who can crush your body with an embrace. What Frankenstein has over other monsters is the ability to feel remorse toward those who doomed him to loneliness, adding further frustration and anger.

If personally consulting Frankenstein, I would try to turn him onto Ghost Train Haze or White Nightmare. Let's face it, Frankenstein is depressed and down on himself. People keep messing with him and he can't find a peaceful moment. Ghost Train Haze helps to engage in conversations - and is also quite insightful, allowing a step back...which cruelly, Frankenstein lacks the coordination to do.

I would also take Frankenstein aside and pass him some White Nightmare, the indica-leaning Blue Dream and White Moonshine cross is an absolute killing machine of the blues and insomnia.

Whether speaking of Dracula, or Vampires as a general species - they can certainly be abrasive, especially when trying to bite your neck and doom you to roam the earth for eternity. This aside, vampires are by far the most well-mannered and sylishish of all others on this list.

Vampire powers are often limited during the day or in daylight. In some cases, sunlight may burn or kill vampires, or they may be comatose during the day. This can bring about some uneven sleep patterns. Also, passing out in a box until the sun goes down also causes insatiable munchies.

Vampire conduct concerning cannabis use is foggy, but when contacted by one of the pale, sickly creatures with questions regarding wellness - I highly recommended Durban Poison. The landrace sativa is enough to beat the afternoon grogginess and curb that bloodthirsty appetite for a few hours.

The werewolf is easily one of the most feared beasts of Halloween. Mainstream horror films have depicted werewolves and wolfmen as having the animal instinct to tear you apart. If you look at “An American Werewolf in London" and “Teen Wolf," you wouldn't know whether to run or alter to wolf and slam dunk on the opposing team, driving the specktators into crazed celebration.

Most werewolves transform during the full moon. This is why I recommend always keeping a little bit of Death Star bud around. Its Sensi Star genetics immediately slow down the aftermath of a stressful day, allowing claws, fangs, and full body hair suits to calm and return to human form.

Werewolves are known for having extraordinary senses of sight, smell, and hearing - so don't roast him unless you're in a different city, and never ever lie about not having weed - they could smell that bud a mile ahead of your arrival.

Freddy Kruger's place in classic horror movie history has been solidified in the innumerable sequels to “A Nightmare on Elm Street." The darkly comedic and sometimes charismatic Freddy Krueger is the spirit of a serial killer, wearing his signature glove of long razor sharp knives.

It's only in the dream world that Freddy is such a powerful force, unfortunately taking the joy out of sleep. But, if you can pull Freddy into the real world, he becomes human and can be destroyed..

What happens if Freddy falls asleep? Maybe that's the path to his demise. This is why I've been sleeping day in and day out - waiting to see Freddy on the outer plane and pressure him into taking a few puffs of Night Terror OG.

The Blue Dream and Rare Dankness hybrid is slightly sativa-leaning, a characteristic diluted in Night Terror OG's overall indica-dominance. The powerfully sedating effects just may be enough to send Freddy off to his own nightmare from which he never returns.

Even after dozens of redundant Halloween remakes by a pool of  directors and revolving casts. It's never truly established if Michael Myers is a man, or a “boogeyman." If Michael was simply a psychopathic killer with all the same human injuries that lead to death, then he must be not human - at least I've never heard of a human being blown up, chopped up, melted into butter, etc. In the process of writing this piece, three more Halloween movies have been filmed, edited, and released.

As much as I believe in redemption and personal evolution, if Michael Myers had a strain inquiry for me, my response would be “Don't bother." For fear of my life, I'd probably nervously say “Hellfire OG." Otherwise, I'd recommend Myers take his unpredictable self and beat it.

Michael Myers cannot be reasoned nor bargained with and seems to kill indiscriminately - so I advise passing if he offers you a rip of what I told him was Hellfire OG. He's a total buzzkill, though it would be hilarious to see him taken down by an overheated dab - on the ground hacking while no one tries to rid him from the earth for fear of sequel death.

Have a wonderful Halloween. And remember, don't even let Michael Myers know you have bud. However, if Frankenstein asks it's probably cool - but use your discretion.