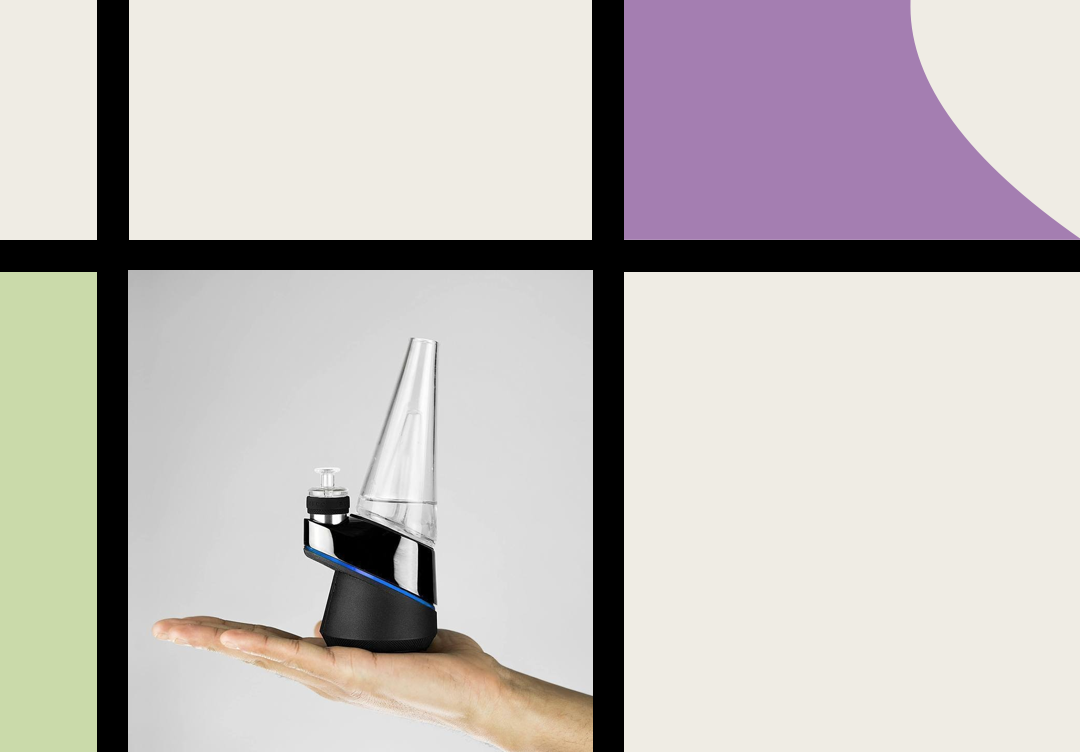 Considering the Puffco Peak? What to know before you buy

I was first introduced to Puffco several years back when shopping for a concentrates vape pen that didn't contain red hot coils that instantly combusted anything dropped in them. There were no true dabbing vape pens with a ceramic loading chamber before the Puffco Plus arrived on the scene. To this day, it remains the most popular device of its kind.

When Puffco released the first generation of their Peak e-Rig (aka smart rig) in 2018, it was a revelation for veteran dabbers tired of the blowtorch, and an open door for those who were nervous of the blowtorch. The Peak is the first eRig of its kind, and quickly becoming a staple for a growing number of dabbers.

Around three years after the ultra-portable Plus, Puffco unveiled the innovative and awesomely user-friendly, Peak e-Rig.

Inside the Puffco Peak and its benefits

One of its biggest draws is a temperature control system that heats the ceramic surface to ideal temperatures for releasing the cannabinoids and terpenes combusted prior to the Peaks inception. Be warned - the new, magnified flavor experience will have you dabbing 24/7.

The Puffco Peak is only seven inches tall. The detachable glass tube resembles an upside-down wine aerator. Glass portion separates from the rest of the base when charging the Peak or cleaning it. Every part of the Peak aside from the base is submergible in isopropyl alcohol for regular cleaning. Improper cleaning is by far the number one reason for any malfunction.

The battery life is so long, you're guaranteed to be taken aback. It can probably handle thirty dabs pulls off a full charge. Once you've completed each session, be vigilant about wiping out the bucket quickly using a Q-tip to keep it clean.

Is a Puffco Peak worth it?

I finally broke down and grabbed a Peak last year because of a 7/10 Dab Day deal in the earlier months of total apartment reclusion due to the pandemic. I couldn't pass it up. Locked indoors for a year, I pushed that beautiful machine to limits no electronic device should be able to handle, all without incident and a break for the lungs when compared to using a traditional dab rig.

Either I've been impossibly lucky, or the Peak's glass is of extremely high quality. I say this in lieu of a half dozen instances where my own Puffco Peak's took flight because of poor placement, each time landing on the hardwood floor beneath me. Its surface is still as flawless as the day I got it.

Remember, the goal is to find the ideal balance between preserving the terpenes while activating the cannabinoids, not blowing out the biggest stack of combusted concentrates and coughing until your stomach hurts.

The Puffco Peak also has an impressive number of accessories, creating its own little culture.

The game-changing e-Rig has four temperature settings to accommodate various consistencies. I recommend starting on the lowest setting, which is blue. By bumping it to the next level of green, you can usually get a second dab hit and leave minimal residue behind. I've yet to find a use for the other two temperature settings.

This is arguably the greatest innovation to the consumption of cannabis concentrates. If you're on the fence about buying one, check it out for yourself.