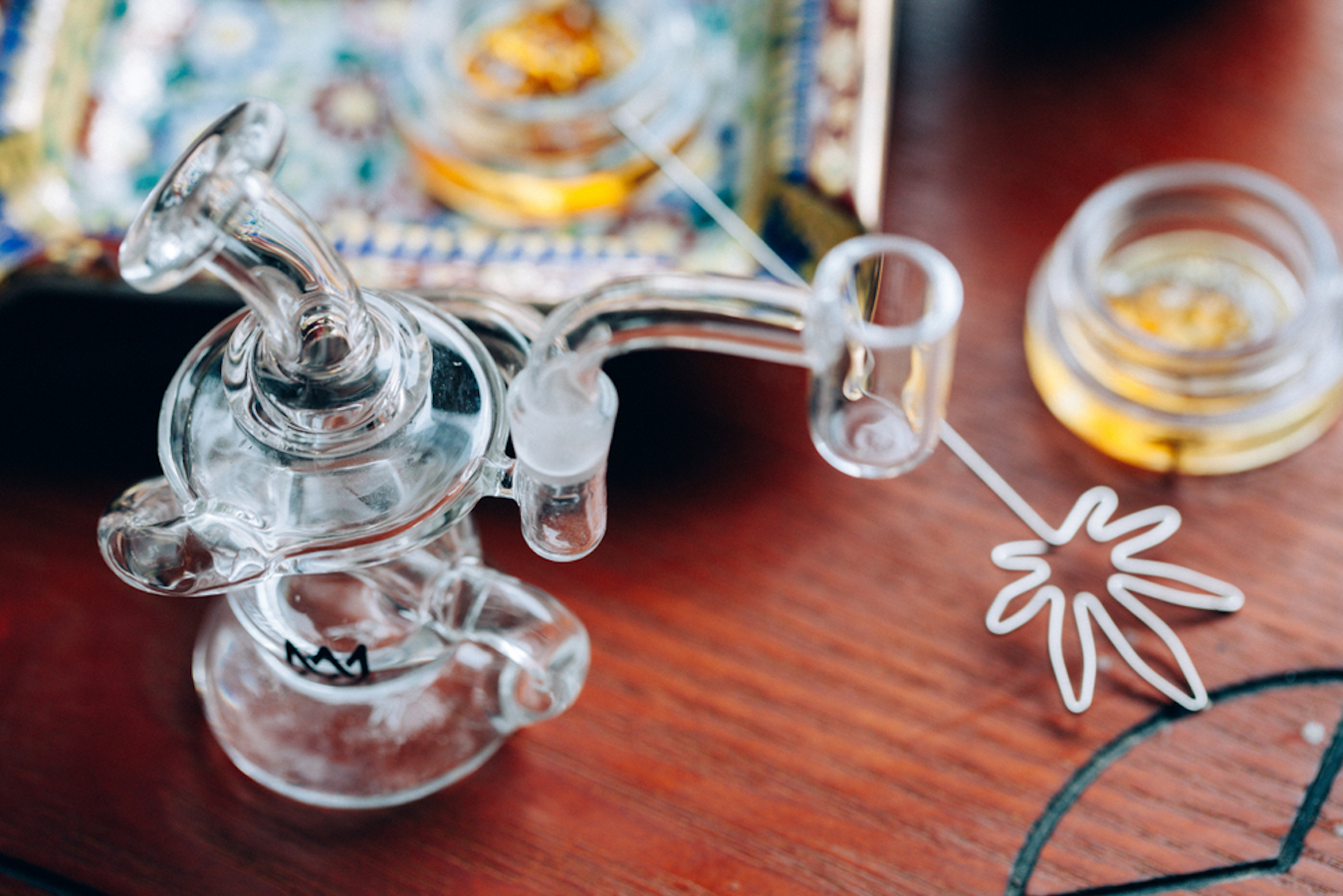 Dabbing demystified: What you want to know (but didn't want to ask)

Dabbing isn't just a method for consuming cannabis concentrates - it has become an entire culture, a separate entity outside the familiarity of the “old ways" of cannabis consumption. But dabbing is by no means a new practice.

Some of you veterans of the herb certainly remember “knife hits", or “hot knifing," an incredibly crude and dangerously hot way to smoke hash (remember, dabbing refers only to cannabis concentrates) dating back several decades. One thing all methods share, is the visual of someone who appears to be consuming hard drugs of some sort - but this perception is also evolving as cannabis moves into the mainstream.

“Hot Knifing" was a simple process involving two butter knives, the range top of the oven, a straw or other cylindrical piece in order to funnel the vapor out of the air, and a second set of hands. The person taking the hit would put the concentrate, which was primarily hash, onto one butter knife. Then, stand there while the other individual heated the knife over the range top until it was so hot, their hand began to feel it. The individual wielding the red-hot knife would then press it against the other knife holding the concentrate. Vapor would erupt, quickly pulled from the air via the straw sticking out of their mouth. While this may have been a pioneering idea, it was certainly not a healthy one. Luckily, dabbing has come a long way since the red-hot butter knife era.

The problem with this form of dabbing is the inability to regulate the temperature which we are now finding out is a major factor in effectively removing the cannabinoids out without destroying them...also, you'll perpetually be low on butter knives.

Simply put, dabbing is a way to consume large amounts of terpenes, THC and other cannabinoids, smashing the ceiling on the euphoric high of flower and edibles.

In Ed Rosenthal's “Beyond Buds," he describes dabbing with high potency cannabis concentrates with some perspective - “A person can experience the effects of smoking an entire joint or more in a single breath using only enough product to cover a pinhead."

There are various ways to dab your concentrates, but according to Rosenthal, They all rely on the same basic principle: a heating element is brought to the ideal temperature for activating cannabinoids and evaporating terpenes. Cannabis concentrate is placed on the heating element, and the heat creates vapor that is inhaled.

Because dabbing only facilitates the rapid consumption of highly potent concentrates, the effects are immediately felt. Therefore, it is not recommended for beginners.

In a time when we're trying to keep our lungs strong, it's important you don't unnecessarily irritate them by improperly dabbing.

Be good to your lungs. Remember, the goal is to find the ideal balance between preserving the terpenes while activating the cannabinoids, not blowing out the biggest stack of combusted concentrates and coughing until your stomach hurts. That being said, after years of debate, it has been pretty much universally agreed that low temperature dabs meet these requirements.

How to take a low temperature dab:

For many potential dabbers, the torch makes the entire ritual seem dangerous, but it's far less intimidating once you know what's happening with the preparation and how it works overall. But if it's still too harrowing, don't worry there are digital alternatives, so you'll get those concentrated cannabinoids and flavorful terpenes no matter what road you choose.

Some dabbers use ceramic or titanium heating elements - but they're outdated. The most common and effective choice is quartz, as it will not alter the taste of your dab and will not explode like glass when brought to temperatures associated with dabbing. Choose a quartz “banger" if you're taking the blow torch route.

Using a small blow torch (found in any smoke shop or dispensary) heat the quartz until the bottom begins to glow a faint orange.

Then, wait about 30-45 seconds, depending on the banger's thickness or heat absorption. The goal is to have it hot enough to create vapor, but not leave the banger blackened with the aftermath. Using a timer can be a great way to keep the temperature consistent each dab session.

Place your dab in the banger using a dab tool, place the carb cap over the banger and inhale, using the whole in the cap to regulate the size of the hit. Exhale. If you taste the terpenes and your mind just scraped the sky, you did it correctly.

Welcome to the exciting world of dabbing. As always, be safe and know what you are consuming.